Longueuil, October 31, 2019 - As part of the review of its service offer, the Réseau de transport de Longueuil (RTL) held its fourth public consultation last night at the Centre communautaire Saint-Louis in Boucherville. More than 60 citizens—regular and occasional public transit users—participated in the lively public consultation.

Public transit in the Agglomération de Longueuil will undergo major changes in the coming years. The work scheduled on the Louis-Hippolyte-La Fontaine Bridge-Tunnel and the arrival of the REM in 2021 will usher in new mobility needs.

The residents in attendance had the opportunity to express their needs and wants for the public transit system during four diverse and engaging workshops. Participants were asked to identify their favourite destinations on a map, such as the Carrefour de la Rive-Sud, the Radisson and Longueuil–Université-de-Sherbrooke metro stations, and various teaching and health institutions. They also discussed ways to encourage people to use public transit more.

“An effective review of our network would not be possible without the support of the people primarily affected, namely our users. We left no stone unturned when it came to understanding their transit needs,” stated Pierre Brodeur, Chairman of the RTL Board of Directors. “That’s why the consultations over the next two weeks are being held both in person, like yesterday, and online. We’re very eager to hear from the citizens who are participating in our sessions.”

“An open and honest conversation with citizens is the only way we’ll succeed in developing concrete solutions for our new public transit network,” stated Michel Veilleux, Executive Director of the RTL. “We’re encouraging the residents of Boucherville and of the entire Agglomération to share their concerns with us during our various consultations, which have already had an excellent turnout. Ultimately, this exercise will allow us to develop a coherent, effective and modern vision of our public transit network.”

The RTL has also posted a questionnaire online for Boucherville citizens who were unable to attend the public consultation in person.

The questionnaire for Boucherville residents is available until November 13, 2019, at www.rtl-longueuil.qc.ca/consultationpublique. 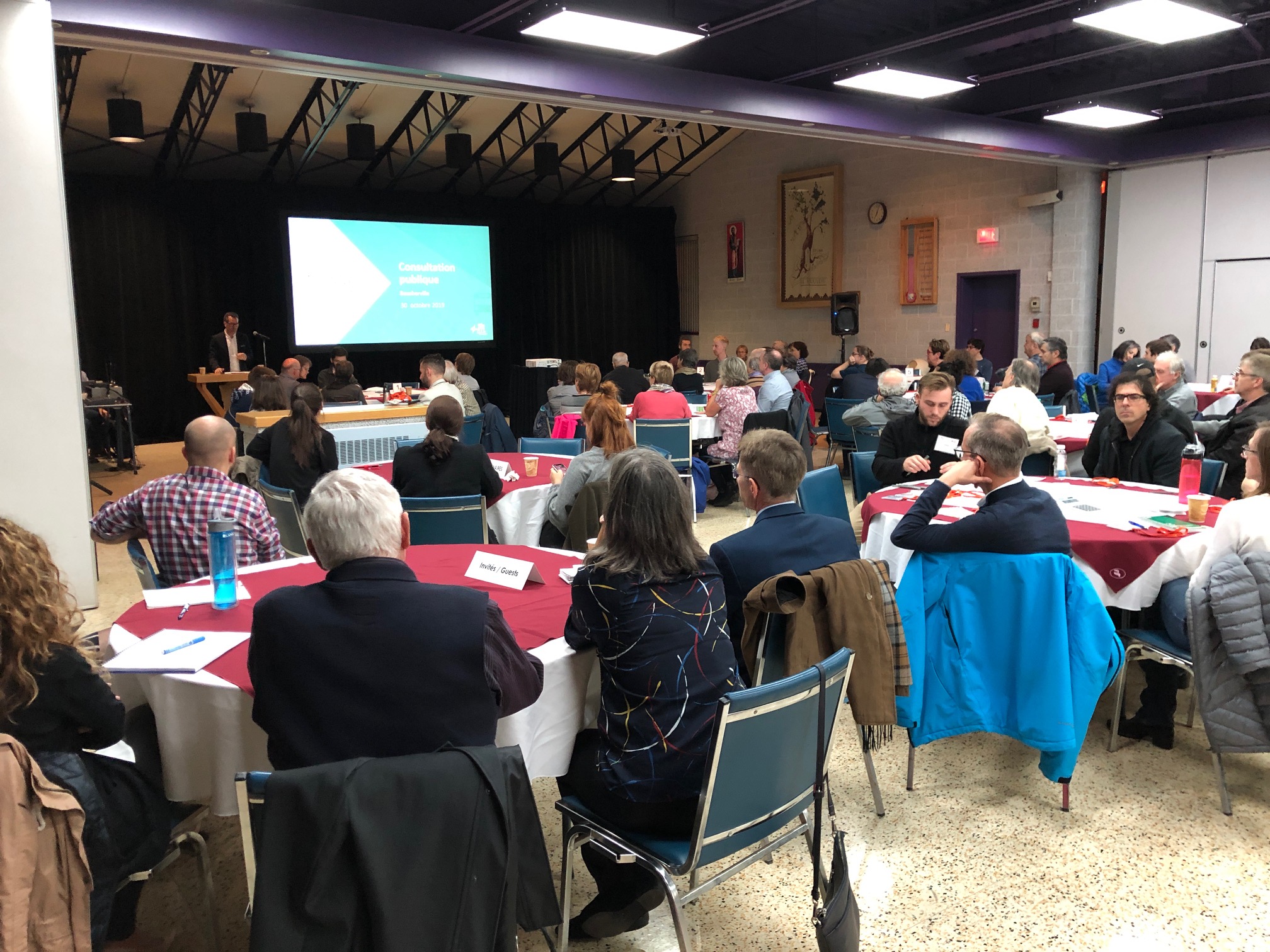