Longueuil, December 19, 2018 - The Réseau de transport de Longueuil (RTL), in partnership with Saint Bruno-de-Montarville, Ski Saint-Bruno, Tourisme Montérégie and Sépaq, is pleased to announce that, after two successful seasons as a pilot project, the SkiBus shuttle is back for 2019 as part of the RTL’s regular service.

The new line 299 (SkiBus) will operate on Saturdays and Sundays, from January 5 until March 10; the first departure from the Longueuil–Université-de-Sherbrooke metro station will be at 12 p.m., and the last departure from Ski Saint-Bruno will be at 10 p.m. New this year, the bus will stop at Parc national du Mont-Saint-Bruno to pick up and drop off cross-country skiing and snowshoeing enthusiasts. Users can board the SkiBus, which is now part of a regular RTL line, on presentation of any RTL or metropolitan pass or for the price of $3.25.

“Given the success and popularity of the SkiBus, we are very pleased to make this seasonal line a permanent service by incorporating it into our regular schedule. The RTL is well known for its recreational tourism shuttles, which is something we’re very proud of,” stated Pierre Brodeur, Chairman of the RTL Board of Directors.

On November 2, the SkiBus shuttle took home an award from the Trajectoire organization in the “Amélioration des services de transport collectif” (Improvements to public transit services) category at the Prix Guy-Chartrand Gala. Launched in winter 2017, by the end of the 2018 season it was serving an average of more than 125 users each weekend.

SkiBus users will get 50% off the regular price of a day or evening lift ticket at Ski Saint-Bruno, while Sépaq will offer 25% off equipment rentals at Parc national du Mont-Saint-Bruno. Note that the entry fee and equipment rentals are free at Sépaq parks for children aged 17 and under.

For more information about the schedules and the shuttle route, visit our website at www.rtl-longueuil.qc.ca/skibus. 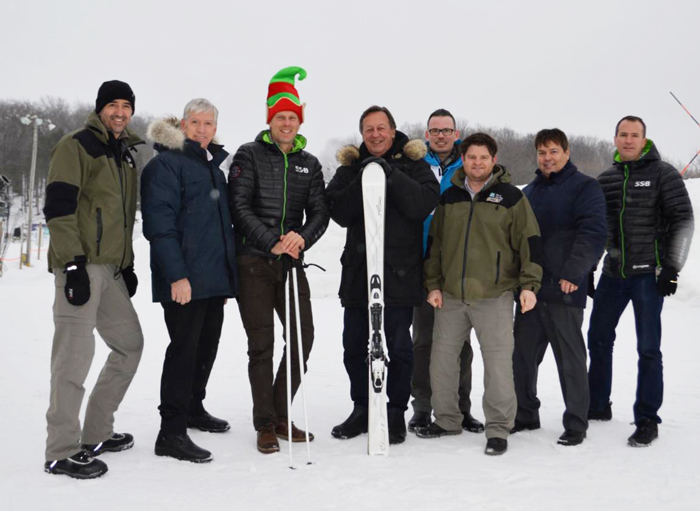