Longueuil, July 20, 2018 – The Réseau de transport de Longueuil (RTL) is proud to announce that the collective agreement for its drivers was signed on July 19.

The five-year agreement provides for an 11% wage increase over the period ending December 31, 2021. With the signing of this agreement, all collective agreements have now been renewed.

“We would like to thank the union and employer teams for the time and effort spent on the bargaining process. This is the third collective agreement to be renewed in one year at the RTL.
We are very proud of the fact that everyone can now enjoy a harmonious working environment the next several years,” stated Pierre Brodeur, Chairman of the RTL Board of Directors. 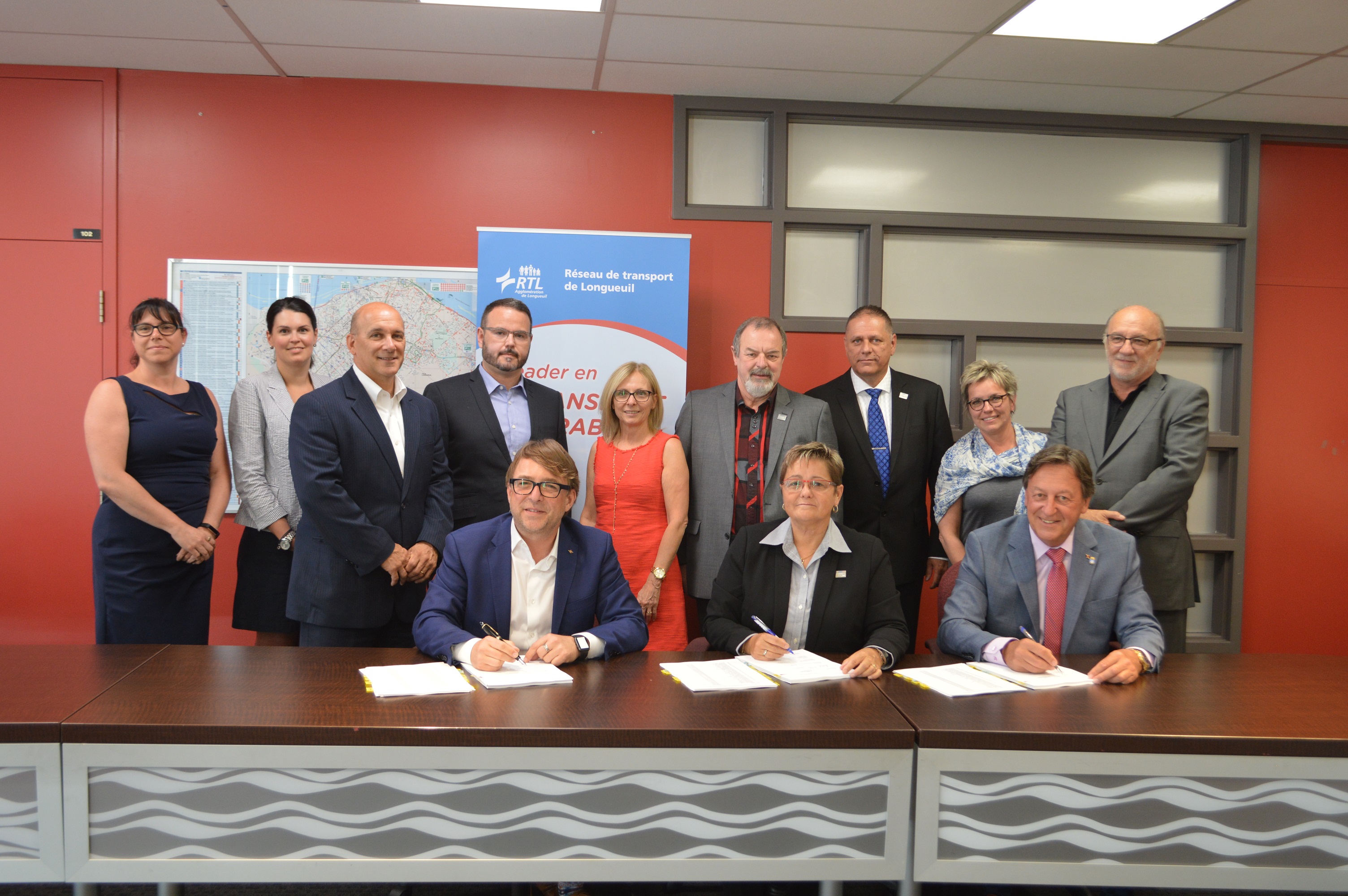 Front row, left to right: Michel Veilleux, Executive Director of the RTL; Sylvie Champagne, president of the RTL’s bus drivers’ union; and Pierre Brodeur, Chairman of the RTL Board of Directors.