Longueuil, November 13, 2018 - The Réseau de transport de Longueuil (RTL) is pleased to announce a pilot project involving a dynamic, on-demand public transit system, making it the first transit provider in Québec to offer a microtransit service, where routes are created dynamically based on demand. Using the RTL à la demande app, users in Saint-Bruno-de-Montarville living in a specific sector south of Route 116 will have access to an on-demand taxi service.

For example, a person who is alone or accompanied can call a taxi instantly to a point near their home and be dropped off at one of the places indicated below. It’s possible that other people may join them along the way. The fare is the same as for the RTL’s regular public transit service.

Drawing on leading-edge technology, the app automatically groups calls to optimize the use of taxis. For the launch of the pilot project, the service will initially be available during rush hours within a set perimeter. Residents can use the service to get to the local commuter train stations, certain bus stops, and downtown Saint-Bruno-de-Montarville. 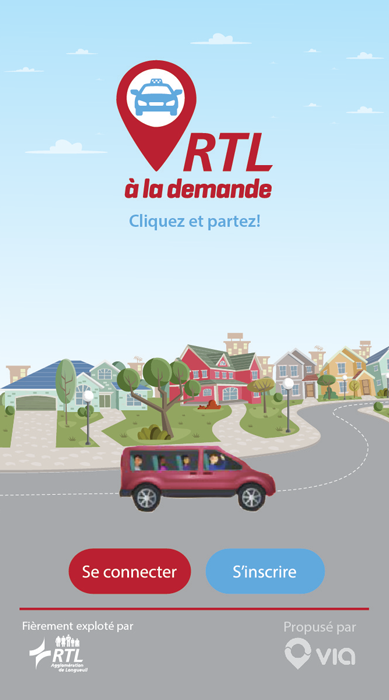 “This innovative concept will help us reach a larger clientele and provide better service to the population, in a way that complements our regular service. It will make it easier for us to serve users in less densely populated areas that are more difficult for traditional buses to access. The pilot project will test the appropriateness of this technology, and determine how we might extend it to other sectors of the Agglomération de Longueuil, whether residential or industrial. The RTL is confident this service will attract new users by being more responsive to their needs. It will help cut down on solo driving and, who knows, it might even dissuade people from buying a second car,” stated Pierre Brodeur, Chairman of the RTL Board of Directors.

The RTL wishes to thank Saint-Bruno-de-Montarville and the exo public transit system for their valuable cooperation in implementing this pilot project.

For more information about this pilot project and how to use the Via app, visit our website at www.rtl-longueuil.qc.ca/alademande.