Longueuil, April 5, 2018 – The Réseau de transport de Longueuil (RTL) is proud to launch a brand new, bold and exciting campaign to promote public transit. Starting this week, advertisements will begin appearing in buses, bus shelters and local newspapers, and on digital billboards and social media, with the goal being to get people thinking and to change their perception about public transit.

“There are so many advantages to using public transit, which people will find out about through this campaign. Our population is growing, resulting in more and more cars on the road these days, but traffic is only going to get worse in the next few years because of the major roadwork underway. And that’s why deciding to make the switch from your car to the bus is an especially smart idea,” stated Pierre Brodeur, Chairman of the RTL Board of Directors.

In 2017, the RTL saw a nearly 2% increase in ridership on its regular network and 2.14% on its paratransit network. The campaign will take advantage of this upswing by encouraging people to think about the downsides of driving compared to taking the bus.

Here are a few examples from the campaign: 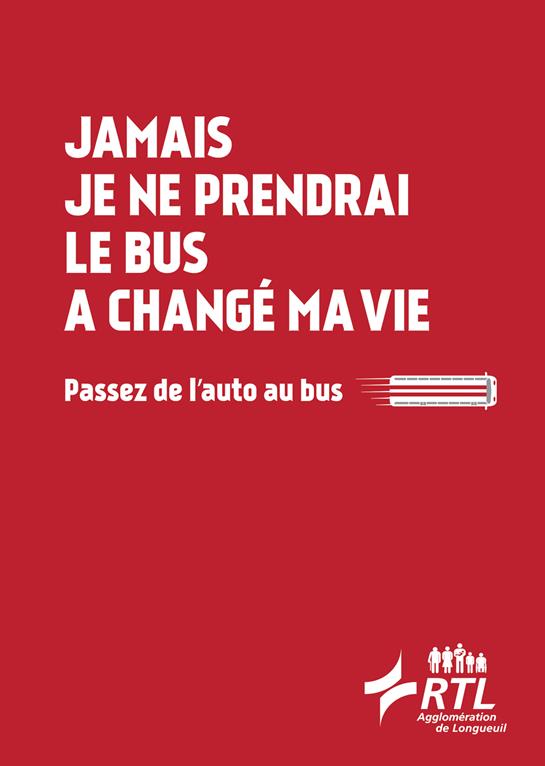