Everyone wins by passing safely!

Longueuil, April 27, 2016 – The 13th edition of the South Shore Ride of Silence will take place on May 18, under the honorary presidency of the Hamelin brothers, world champion short-track speed skaters, and in collaboration with the city of Brossard, host of the event, and the Réseau de transport de Longueuil. Under the theme Everyone wins by passing safely, the 2016 Ride of Silence aims to educate drivers about the importance of moving over when passing a cyclist.

“The goal of this event is also to honour the many cyclists who have died on Québec’s roads, while educating drivers and cyclists about the importance of responsible behaviour and mutual respect. The South Shore Ride of Silence is fortunate to have the support of several partners, including the Réseau de transport de Longueuil,” stated Léon Thériault, president of the South Shore Ride of Silence (TDSRS).
“On the ice, we spend countless hours practising passing other skaters safely and respectfully. When we’re on our bikes, however, we’re not the only ones who need to be concerned about safety. The bike is an integral part of our training, so we’re very happy about the steps taken by the city of Brossard to improve courtesy between cyclists and drivers. It's a question of safety,” stated Charles and François Hamelin.
“Brossard is pleased to once again host the South Shore Ride of Silence. Not only does cycling promote active transportation, it’s also a great form of exercise for kids and adults alike. This bike ride is an important event that will help to raise public awareness about bicycle and road safety,” declared Paul Leduc, mayor of Brossard.
For the sixth consecutive year, the Réseau de transport de Longueuil (RTL) will promote awareness, caution, and courtesy on Québec’s roads. As a new initiative this year, the RTL is happy to feature advertising panels for the event on its buses. “Road safety is a priority. Everyone on the road—pedestrians, cyclists, bikers, motorists, and especially drivers of heavy vehicles, such as buses—should behave safely and responsibly. Once again this year, the RTL is proud to be one of the main partners in the South Shore Ride of Silence,” declared Colette Éthier, Chairman of the RTL Board of Directors.
The Société de l’assurance automobile du Québec (SAAQ) is also thrilled to support the Ride of Silence once again this year to encourage the growth of the event and the communication of its messages.
“The Ride of Silence is the perfect opportunity to remember that cyclists are just as responsible for their safety as drivers are. Everyone needs to be careful and obey the rules to make sure Québec’s roads are safe for all users,” reiterated Nathalie Tremblay, President and CEO of the SAAQ.
A few thousand people are expected to take part in the ride, which will be held on May 18, at 6:30 p.m., starting from the Michel-Normandin arena, located at 3105 boulevard de Rome, in Brossard. 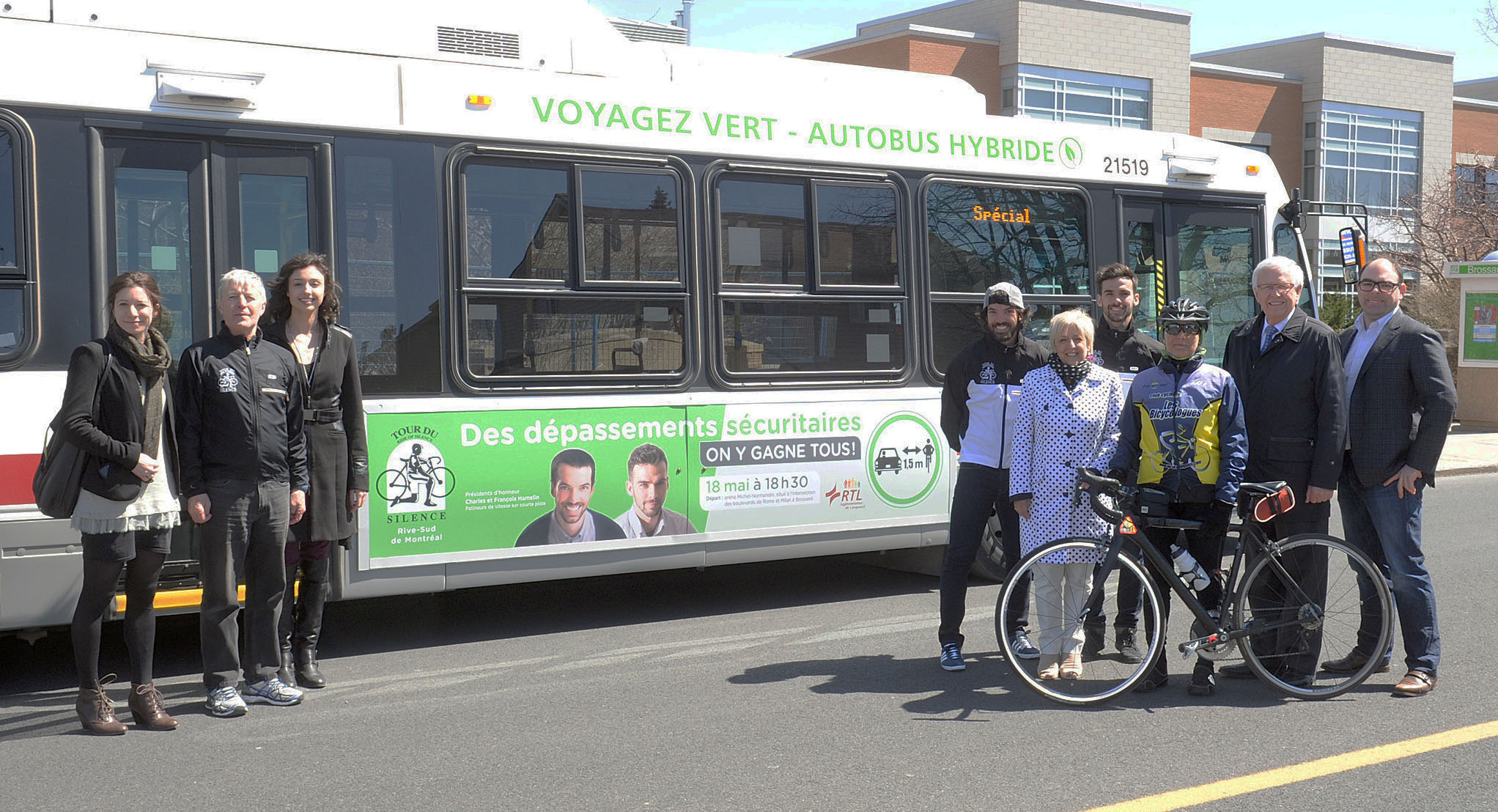