Investments of over $62.4 million in customer experience and infrastructure at RTL

Longueuil, July 10, 2017 – The Réseau de transport de Longueuil (RTL) welcomes the investment of over $62.4 million announced by the governments of Canada and Québec to carry out 34 projects as part of the Public Transit Infrastructure Fund.

The RTL plans to use this money to launch the new Chrono real-time information system across its entire network. This cutting-edge technology will soon allow the RTL’s users to more easily plan their trips thanks to the real-time geolocation of buses using a mobile app.

There are also plans to purchase new air-conditioned hybrid vehicles. The RTL will also continue with the electrification of its network by testing smaller, 100% electric buses. A pilot project will also be carried out involving a mobile app that helps customers with cognitive disabilities to use the regular public transit network, and the addition of ramps on certain buses will lead to an increase in the number of accessible lines.

The investments will also affect the work to be done at the RTL’s operating centres and the development of maintenance programs.

A portion of the funds will be allocated to technical studies to review and improve services throughout the network, including the boulevard Taschereau corridor.

“The projects that the Réseau de transport de Longueuil will carry out thanks to the financial support from the federal and provincial governments will result in increased quality of service and efficiency for the RTL. In addition to continuing to improve the reliability, punctuality, and accessibility of our services, these projects will result in better, more adapted services for public transit customers in the Agglomération de Longueuil,” declared Colette Éthier, Chairman of the RTL Board of Directors. 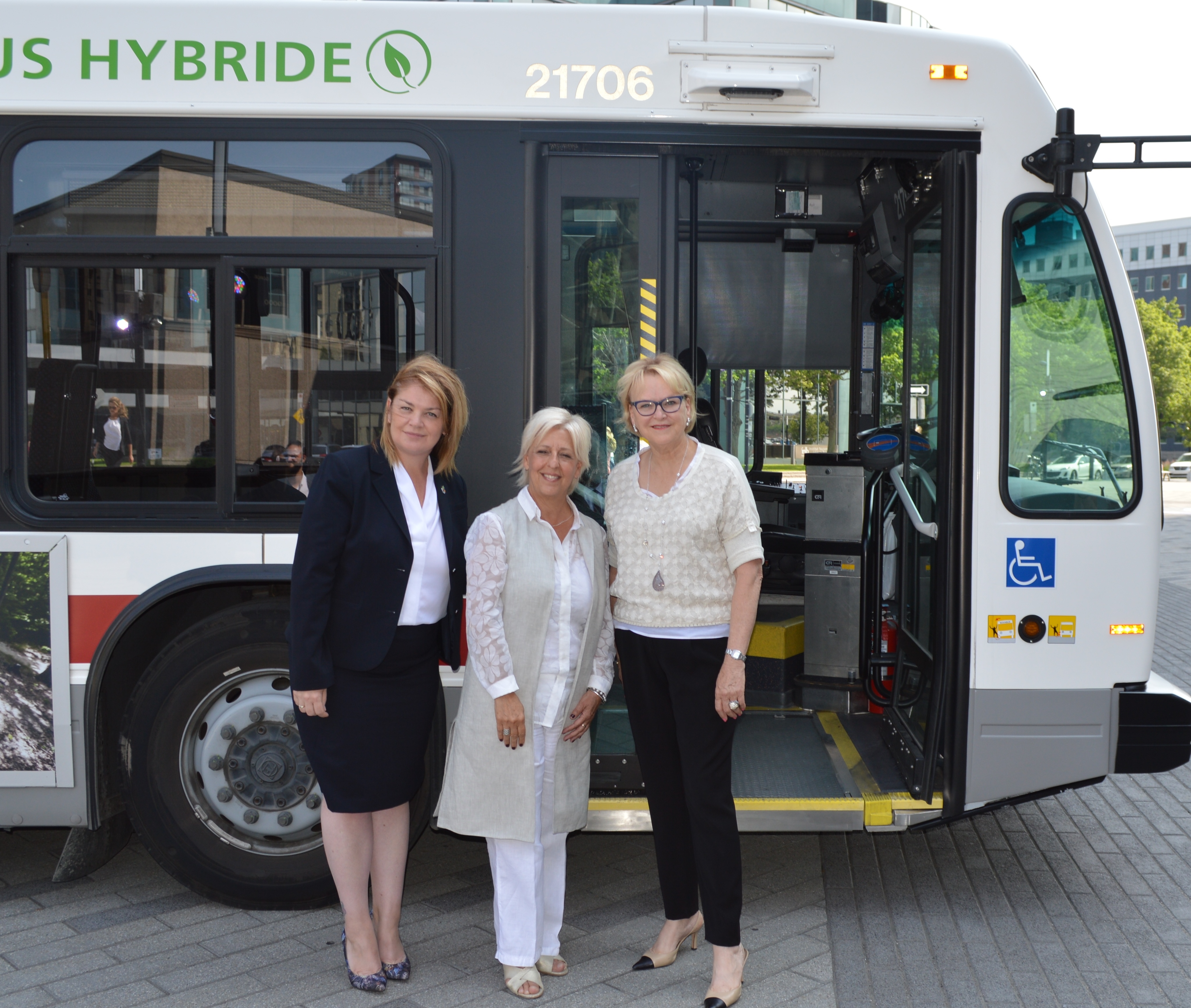 Photo caption: Sherry Romanado, MP for Longueuil‒Charles-Le Moyne, Colette Éthier, Chairman of the RTL Board of Directors, Nicole Ménard, MNA for Laporte and Chair of the Government Caucus.

The Réseau de transport de Longueuil (RTL) is the main transit provider for individuals within the five cities that comprise the Agglomération de Longueuil. The third-largest public transit organization in Québec, the RTL operates a network of 793 kilometres. With some 1,100 employees, the RTL is a major employer that contributes to the economic vitality of the region.